If you read my last article about the builds (here: http://www.mynavblog.com/2020/06/05/automated-builds-part-9-using-azure-vm/) you know that current one will be a continuation. But since the beginning of June, a lot changed in the builds area, so I needed to rethink the scenario.

First, Freddy wrote a series of blog posts about using artifacts when creating a new container. Find all here (really a must read): https://freddysblog.com/2020/06/25/working-with-artifacts/

Second, I get the feedback from the team that we want to have one repository instead of three (app+test+builds). And now, this makes much more sense to me to have only one repository and keep all things in one place since we have workspaces working great in VSCode.

To build using artifacts I do not need anymore in my setting.json file container image. Instead of that, I added a few parameters for the artifacts. It supports all that you need to change quickly the artifact for your build

If you want to use insider build you need to specify the current token (to get it you need to be part of Ready To Go program). Also, it is possible to build the exact version of Business Central but if you want to use the latest one you do not need to specify any version (Select – Latest is enough). In the background, it will help to run function Get-BCArtifactUrl from NavContainerHelper (learn more here: https://github.com/microsoft/navcontainerhelper/blob/master/Misc/Get-BCArtifactUrl.ps1).

Since I want to store all in one repository, the next change to the settings.json file is to replace the information about repository with the folder name where the app and test app is stored. I did a small change to ApplicationsToProcess and TestAppsToProcess where there is AppFolder which specifies where the App is stored. Still, you can have multiple applications to be processed in your pipeline but put them in separate folders.

YAML for the build

In the previous article, I already had one YAML file which was responsible to start and stop Virtual Machine. Now I need to add to it some parameters and reference to different YAML file which will store all steps to build the app.

The first two parameters (user and password) are needed to create a container and later compile the apps. The TestSuite and TestResultsFile are needed to run and export the test results to Azure DevOps. The ArtifactName parameter specifies the artifact folder where *.app files will be exported and shown in Azure DevOps.

Next point is to add steps that build the container and apps in it. I could do it in the same the YAML file, but it is easier to do it in a separate file and just add the job in BuildTemplate.yml. First, I need to create a new file BuildApp.yml.

In the file BuildTemplate.yml, it is needed to add a step between the start and stop VM. This step will be executed by a different agent than the start and stop VM – it must be installed on VM (please check the previous post to see how to do it). In the step, I will pass all the needed parameters. 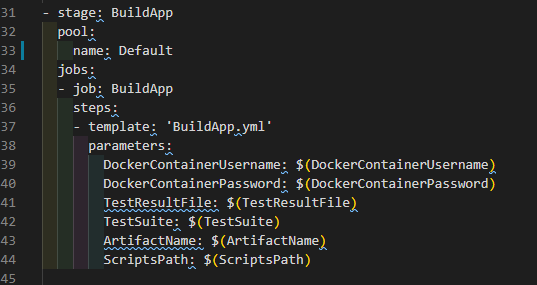 In the BuildApp.yml file, I will put all steps needed to create, publish, and test the app. Steps will be the same as in my previous examples so you can check other posts in the series.

The result is that in the pipeline there are 3 stages: 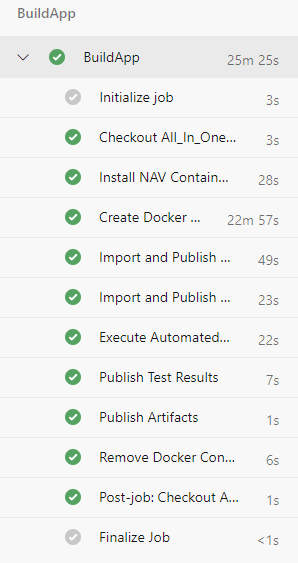 The same as previously all the scripts which I used you can find on GitHub: https://github.com/mynavblog/AzureBuildPipeline/tree/master/V16%20Azure%20VM%20artifacts

Let me know if it is useful for you. 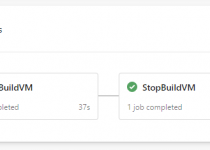 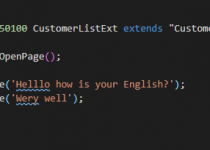 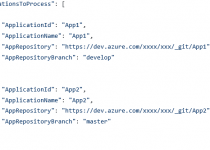