I thought I can simply reply to a good article from Anya, that has been posted here https://www.erpsoftwareblog.com/2022/10/the-truth-about-the-microsoft-bombshell-dropped-at-the-dynamics-gp-session-at-summit-na/ , however, when I start writing it turns out that putting all my thoughts in the comment is too hard. So here is my view on the last topic that was announced during Summit aka “No more new features for Dynamics GP”. If you do not know about it first read Anya’s blog post to have the full picture.

A few comments before you will go further

Before anyone says – I have no direct connection with the GP world. And I hope that gives me some perspective. Also, even if I am part of the Business Central community, I always say to my customers that they should choose the system which will fit their needs – not implement BC only because consultants say so. So you will not hear here to move to the Business Central because it is better than GP – that is not something that I can tell since I do not know GP.

And now to the point…

To whom did Microsoft address the message?

I think the message from Microsoft is more for the partners than customers. However, how to get to the partners and make them move in the one direction – is to tell the story to customers so they will put pressure on partners. I understand it.

In fact, in the Business Central channel, Microsoft is doing/was doing the same. An example can be Universal Code (where customers will pay if the partner makes code, not for cloud or modify the Base App). Or when Microsoft announced that AL will be the only option to develop for Business Central/NAV.

Problem is that many partners did not listen to that and will listen to the customers. To some extent the situation in Dynamics GP and Dynamics NAV is the same – partners, instead of trying to implement the new way of working (or new system – Business Central or other), were assuring their customers that they can still implement the old system (at least NAV/BC case).

I heard many times “Yes MS is only telling but is not doing anything so everything will be as in past“. But, at least in Business Central space, we learned that they not only saying – they do it. Some of the partners learned the hard way and now struggle with their codebase and unhappy customers which want to follow Microsoft releases but cannot because of unprepared partners.

Why do partners do it (or did it)?

I can think of many reasons. One is that it is easier to implement something which you know. The same was with development.

But should it be the factor for customers who choose the new system?

In the end, they will stick to the system or technology which in a few years will not be supported by the vendor. That should be clearly said to the customer before making the decision.

And I think some people will not like my statement here but: If you are a customer and a partner trying to implement the old version of Business Central (v14) – this should be a red flag.

(I cannot comment on GP but for sure BC I can).

And what about existing customers?

In my opinion, Dynamics GP is not different than Dynamics NAV in this area. Or even Business Central until version 14. Can we have an approach: “If it working do not touch it“? We can – in some cases I agree that is a good strategy… for some customers.

However, be honest with the customers when proposing it – this has pros and a lot of cons. You can spot at least one pro now – the company does not need to invest anything now. But what about in the future?

Staying on a system that is not supported by the vendor is possible but it is a threat to the company and also replacing it in the future will be more costly than it is now. Why?

Take Dynamics NAV as an example. Many customers are still on version 2009 R2 and many developers do not want to work with it – it means you (as a partner or as an end customer) will have to invest more to find a specialist that knows that version over time (have you checked how much they offer now to COBOL developers?). My junior developers who are good in AL have never even heard about C/AL nor seen C/SIDE (which was an environment for developers in the past).

But it is not only about development. About infrastructure as well – this means that such ERP systems will also work on not supported platforms which not only can have bugs but also can be a potential danger.

Being said, the same is with the end-users. They also will forget why something works like this when was implemented years ago in the old system. This means you would need more time, and resources (maybe new resources since the old will not be in the company anymore) that will need to design processes again from scratch.

And the last message from Microsoft is clear: you will be supported but do not count on new stuff. Again on the Dynamics NAV example – if you will ask users about the web client used in version 2018 (the last version) and Business Central V14 (the last version with old development – 2019) they will say that it is a nightmare to work thru the web browser. From that time, even supporting the old systems, Microsoft moved the web client to a new user experience. With the improvements that I could not work without anymore. The old customers do not have them – which means their work is still a nightmare compared to the present day.

Do you want to say to your customers that because staying on the old platform you will need to work slower compared to others? Especially now in times that require a lot of flexibility – also in ERP systems.

A word from my customer…

One of my customers said to me yesterday “When we are new to your software we can help you improve it but later we will get used to it and even if some tasks could be done better we will not see it.”. I think this could also be related to the consultants/developers (I can imagine that you can not find BC now half of the actions in version 21 because Microsoft moved them around).

At the end word from my Father…

He is not the youngest person – almost 80. A few years back he was happily using the older phone – kids do not remember phones with buttons. But at some point, he needed to replace it. So there were two options – buy the same (approach: “It is working so why change it?”) or have a modern phone (approach “I will need to learn new stuff, the new system – android.”).

I convinced him to face the future, telling him what if he would need to change in 5 years because they will force him?

Now he thinks it was the best decision because learning stuff when younger is easier. He is also one of the seniors doing selfies and sending me memes using what’s up etc.

What I mean: the decision for him was not easy but not taking it would have consequences (costs) that now he would not be able to afford – even going to a restaurant where the menu is only accessed by QR code would be easy for him. 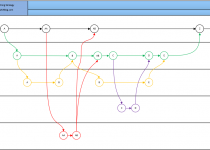 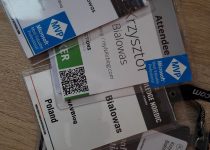